Visiting enterprises working on renewable energy
On Saaremaa food  factory was visited producing energy from solar panels. We were introduced how it worked and the different products of the factory. Seminar on renewable energy was carried out and windmills on costal parts were visited.
​In Paide Prelvex was visited that produced peat for gardening. We were shown the process of producing, packaging and exporting.
​ 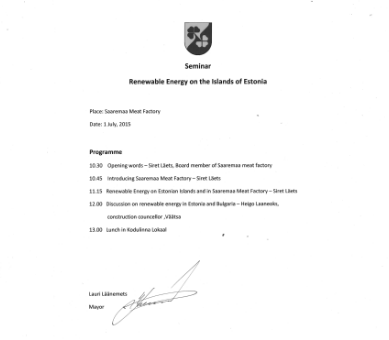 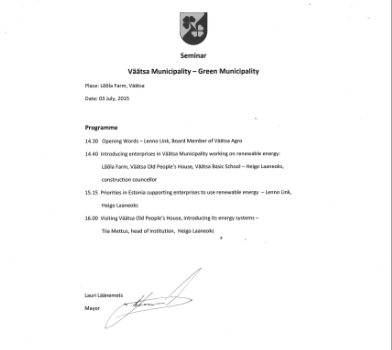 ﻿Seminar for Renewable Energy in Estonia﻿
At the second meeting in Estonia in June, 2014 seminar about renewable energy was organized. Workshops for renewable energy were carried out by Environmental board in Estonia. 8 form students introduced their robocars, bridge and future house built in technology lesson.
​
Programme 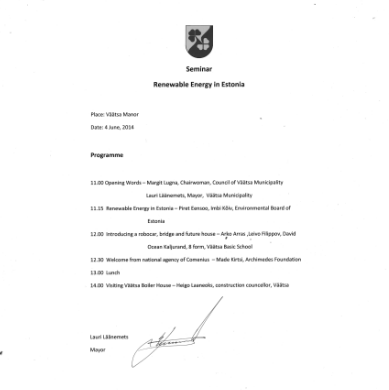